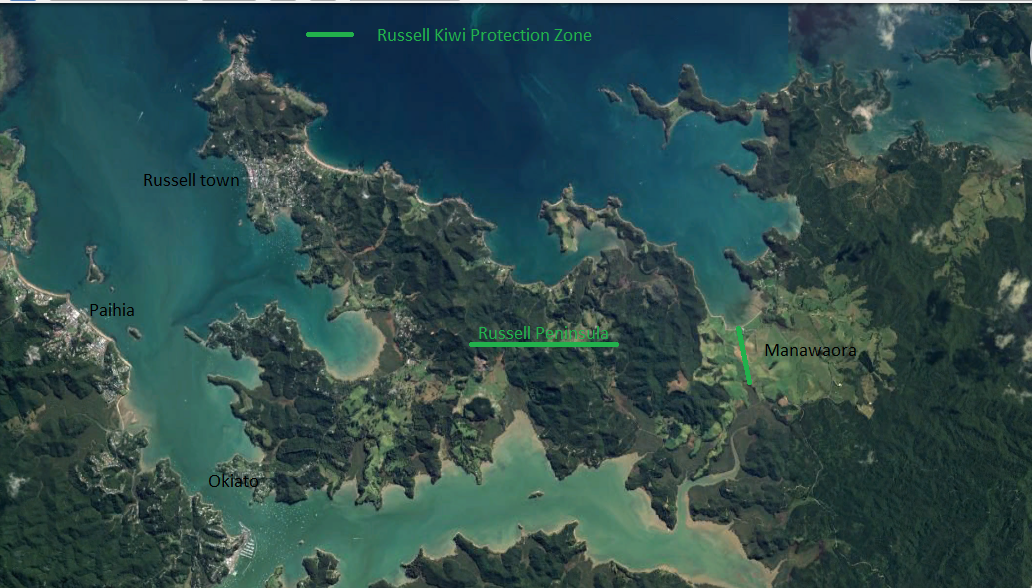 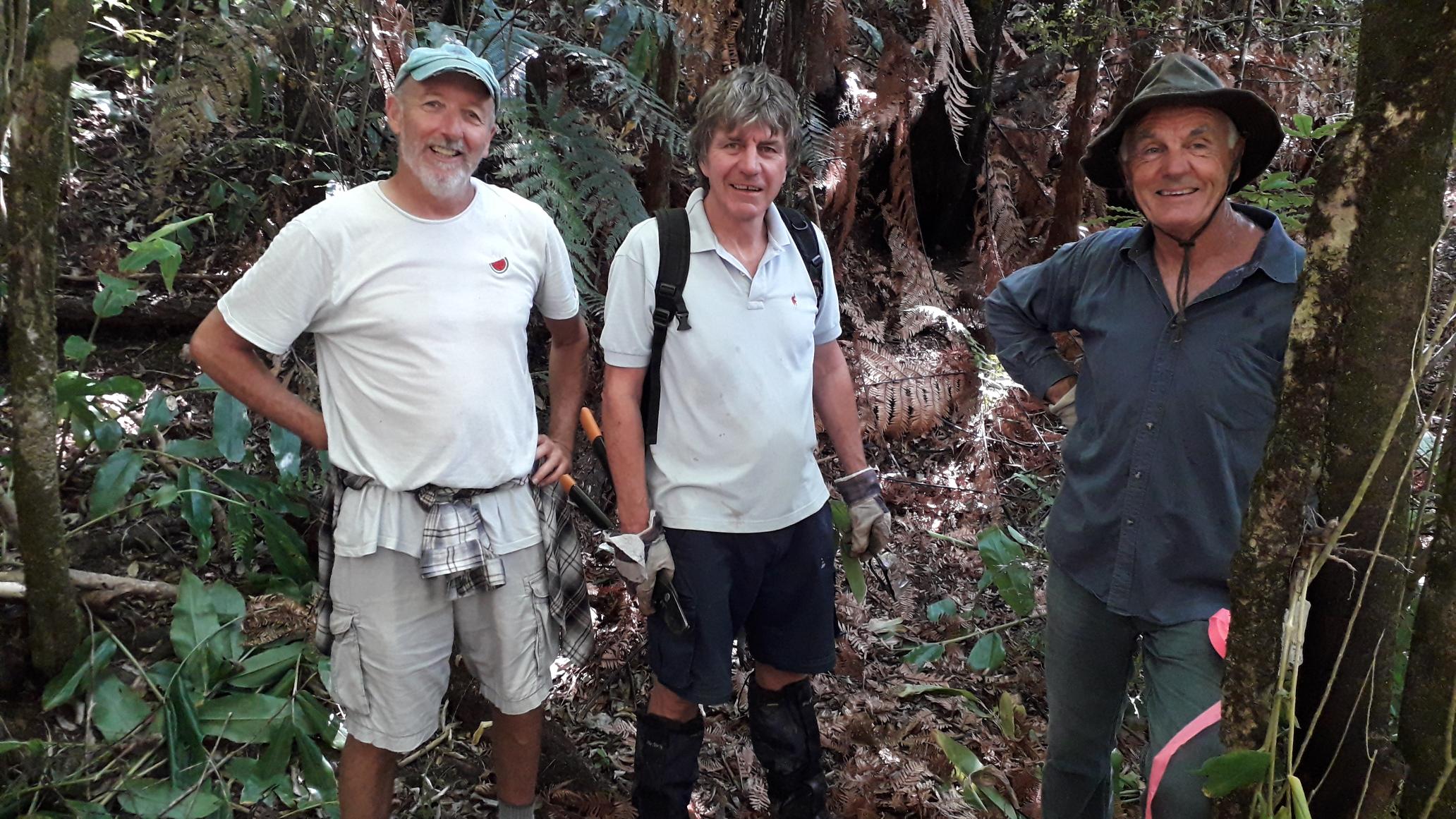 Russell Kiwi Protection was launched in 2016 as an initiative of the Russell Landcare Trust. We are a large group of keen locals who work together to restore and enhance the native biodiversity of the Russell Peninsula.

For 17 years Russell Landcare trust has been doing weed control, predator control and native re-planting to enhance habitat for native plants, birds and insects. The Russell Peninsula is now a stronghold for multiple endagered species, such as the North Island brown kiwi, North Island weka, the Pateke and Australasian Bittern.

Russell Kiwi Protection is Russell Landcare’s largest and most ambitious project to date. This project is of vital importance to keep our forests, wetlands and coastline full of life

Weeds love Russell’s mild, wet, frost-free climate and can rapidly push out and smother native species. We do regular weed-busting on public reserves, to prepare for native replanting. Examples include the stream side at Te Hikuwai wāhi tapu on the Russell Waterfront, the hillside above Pompallier Mission and the dunes at Long Beach

The walkway to Long beach, the bush track through the Kororāreka Reserve, the Bay of Islands Walkway at Uruti, Orongo and Pipiroa Bays and the walkway at Tapeka from Rewa Place to the beach are managed by us.

We are also certified for seed collection on public land managed by the Department of Conservation. Seeds are sent to the Kerikeri Shadehouse for propagation and then replanted back here in their area of origin.

Russell Kiwi Protection, with its expanded and intensified focus on pest control is allowing native bird populations to recover by controlling the predator population. This permits species re-introductions to occur, and for possible self-introductions from the islands managed by Project Island Song

We’re proud to partner with other organisations like Save the Kiwi, Guardians of the Bay, Russell School, Kerikeri Shadehouse, Kiwi Coast, Living Waters, Fish Forever, Bay of Islands Walkways Trust, Northland Regional Council, Predator free 2050, CoastCare, FNDC BOI-Whangaroa Community Board and the Department of Conservation on projects on the peninsula and islands including:

Your Donations Make a HUGE Impact