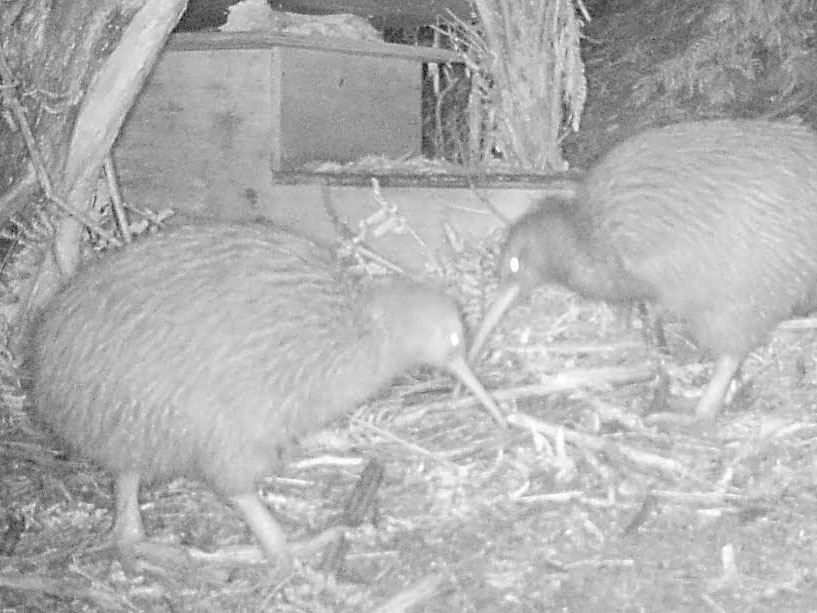 On the Russell Peninsula we have kiwi living amongst us.  This is special!  By supporting Russell Kiwi Protection you can help us to increase your chance of having a kiwi in your backyard.   You can also help by putting out a kiwi nesting box, so they have somewhere safe to be.  The box in this photo helped bring 3 kiwi chicks into the world in 2016.  The larger female kiwi is on the right and the male is one the left.

We are very lucky on the Russell Peninsula to have a kiwi population which is well established. Very few towns in New Zealand still have kiwi so close.  But kiwi living here are still at risk.  Nationally 95% of kiwi chicks are killed in their first year and far too often in Northland adult kiwi are killed by dogs.  So let’s be proactive and help kiwi to continue to live amongst us.